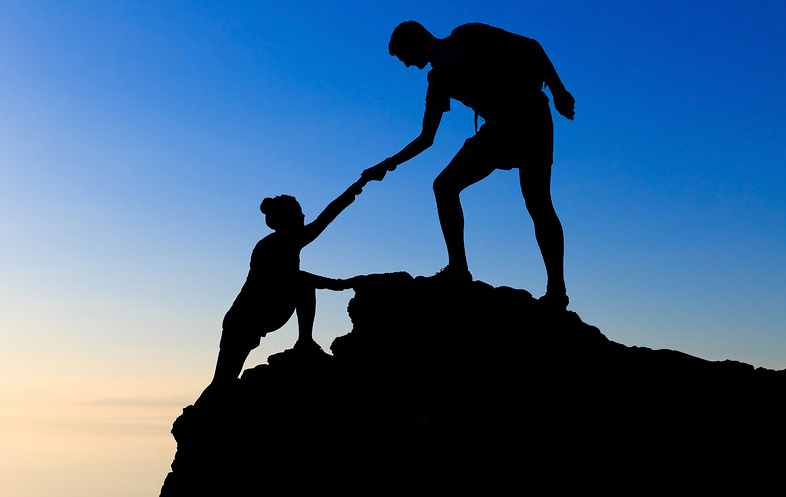 I often speak to many people who are trying to understand how to get through confusing situations in their lives. Sometimes it’s so hard to figure out the situations we find, by ourselves. A study, sighted by Stamford Business, states, “For many of us, the thought of asking someone for help or a favor — be it a colleague, friend or stranger — is fraught with discomfort.”

Life can be hard and often throws us curveballs. Sometimes we just need to know how to ask for help and guidance.

As a pilot I can think of two great examples.

I remember flying VFR (Visual Flight Regulations instead of Instrument Flight Regulations or IFR) through the Berkshire Mountains on an August afternoon. I am a VFR rated pilot, but have studied and had some training for IFR conditions; but am not licensed for IFR flying.

The weather was reported to be VFR. But since the flight was a long flight which traversed various controlled airspace, I was used a Flight Following service (an Air Traffic Control (ATC) service that offers pilots to have their flight monitored). ATC assigns the pilot a four-digit squawk code for your mode-C transponder that shows up on their radar screen that indicates your flight path and altitude so they can give you traffic avoidance advisories. Mostly you’re on ATC’s radio frequency just listening as they communicate with all air traffic in their radar range. If there is a possible problem, they contact you by announcing your tail number, to make you aware and offer vectors (magnetic headings) to avoid other air traffic.

The weather was going down quickly as I was crossing the mountains approaching the Massachusetts Berkshires, near Albany, NY.  Late afternoon thunderstorms were rapidly building. Quickly the conditions went from VFR to IFR. Note that this is one of the main causes of accidents when VFR pilots unexpectedly fly into IFR conditions. I could barely see faint shadows of mountain terrain below me and made the shift to flying by my instruments only (IFR) and maintained an altitude above the highest peaks in the area. The problem is that I realized that several thunder cells had quickly formed all around me that I wasn’t able to see and my experience in this situation was limited.

I remember a time that I was flying in the mountains in Arizona during my pilot training several years earlier. This was before GPS and I was trying to fly into Prescott Airport. I soon realized that I was disoriented. I radioed Prescott Tower and reported that I was a student pilot and couldn’t find the airport.  In a matter of 10 minutes, during which time they gave me various vectors, they located me and assigned me vectors to finally locate the airport and land safely. When in the pilot lounge, a fellow pilot asked me if I was the guy who was lost. I told him yes and he said how proud he was that I had let go of my pride and simply asked for help. He mentioned that many pilots don’t ask and they end up killing themselves simply because they thought they could figure it out themselves and were afraid of admitting they didn’t know it all. Ego can surely kill you. 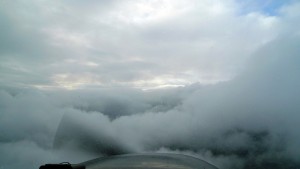 Thankfully, ATC helped me find clear skies ahead during what became and IFR flight.

I asked Albany approach (ATC) for vector assistance to avoid the looming storms. They guided me through the mountains. Soon they said I should be breaking out to clear skies in 4 to 5 minutes. When I broke out to the clear skies I was so thankful that they were there to help.

The point of this story is that in life, no matter what confusing situation you find yourself in, don’t hesitate to ask for help. It could be as simple as being lost trying to find a destination, or asking God for guidance going through what seem the most difficult situations. Whether it’s business or your personal life have faith that others will want to help you if you just ask!